I have lived in so many places that home is more a state of mind than a place for me. Growing up, I went to four different schools in three countries. After college in the US, I returned to England and worked as an Associate Editor at Virgin Books. Later, I moved to San Francisco and helped license the For Dummies series around the world. You can now find me settled in a small Connecticut town, which boasts the largest tree in the state. It’s an enormous old sycamore that sprouted sometime in the 18th century! Like the tree, I seem to have grown roots here, raising my four children, two dogs, and two cats.

My picture book I WANT TO EAT YOUR BOOKS is about a zombie with a taste for books. I am now writing a middle-grade novel, which is taking me far too long to write, but one of these days I will surprise everyone and finish! 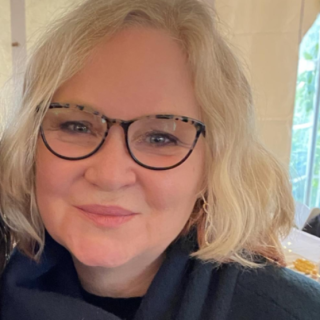